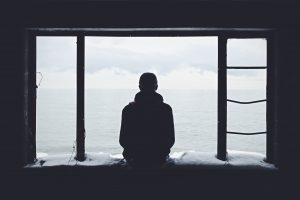 California prisoners finally start to eat again as a week-long hunger strike draws to an end.  Approximately 200 inmates between two California prisons refused to eat in protest to new regulations being proposed for higher-security in prisons.  One of the concepts being considered to highten security levels is to increase solitary confinement to span as long as decades.  Prison officials believe that the only way to effectively disban gangs in prison is to physically seperate the prisoners.  Keeping prisoners in solitary confinement is their most effective (only way) of keeping inmates from fraternizing.

I understand prisoners don’t have many options when it comes to boycotting, but eating…really?  Their bargaining chip (no pun intended) was doomed to fail.  These prisoners need to find more stable footing on their stance against prolonged solitary confinement if they hope to fight this inhumane proposal.  However, even though their method was flawed, at least they were still able to bring awareness to the issue.  It’s hard for me to side with convicted criminals, but my stance on this issue is motivated by my concern for society.  Eventually some of these prisoners will be released back into the world.  Our prison system has failed horribly at rehabilitating criminals and preparing them to lead productive lives outside of prison which is why the return rate of prisoners is so high in this country.

Extended solitary confinement is an inhumane and cruel method of punishment that can alter the sanity of people who are likely already imbalanced.  Instead of locking prisoners away indefinitely we need to come up with a system that can set them on a new, more productive path.  I can’t imagine this solitary confinement punishment yielding positive results.  It seems to me like California prisons are taking the easy way out without thinking this through.