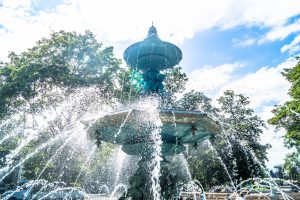 Little did Phoenix police know, that the video would be put up on Youtube for the whole world to see.  Maybe two months later, after the video was posted, police went to Mr. Turley’s house and arrested him for false impression of a terrorist act, endangerment, contributing to the delinquency of a minor, and misconduct.  The worst part about this mock terrorism is that Mr. Turley wanted to, “find out how safe” he really is by using his 16 year old nephew!  Arizona is lenient on their gun laws so any “threatened” citizen could have taken action and blown away the 16 year old.  Mr. Turley wanted to send a strong message and get his point across to the public but he unfortunately hurt his cause.  The video posted received more dislikes than likes and the comments below just show how people view his stupidity.  He put a minor in danger and thought it was a good idea to belittle his police enforcement.  If he was trying to prove a point he failed.  In no way do I feel safer knowing this guy was on the street posing as terrorist.  If anything I need to be on my guard for more mock terrorists in togas and ski masks.