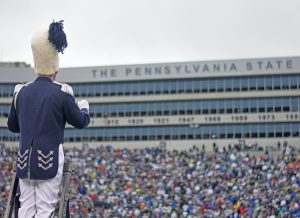 Victim 1, now an 18 year old, declared during court that Sandusky had repeatedly performed oral sex on him when he was a minor. The school did not have much to say on the matter but stated later that “President Erickson and the Board of Trustees have publicly emphasized that their goal is to find solutions that rest on the principle of justice for the victims.” They have even gone so far as to make plans to host a sexual abuse conference.  I hope they don’t invite Sandusky.  The verdict has yet to be decided on Victim 1, however notable members of the Penn State school board, Curley and Schultz, still face felony charges but have pleaded not guilty to all accusations.