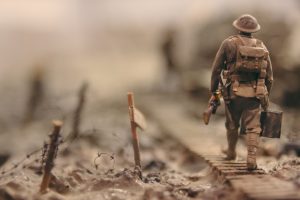 Michael Burnett has pleaded guilty to the two murders and has made a deal with the prosecutors to give up his fellow soldiers and any details about the militia group.  It sounds like he was way in over his head and had a push from Private Aguigui.  Prosecutors are still not sure how many members are involved with F.E.A.R. and the Army is still investigating the case at Fort Stewart.

The whole situation sounds like a real life Fight Club.  Of course troubled soliders who most likely have PTSD could be persuaded to join a “patriot group” in hopes for a better future.  Private Aguigui took advantage of them and brainwashed them in to thinking they should overthrow their government and now look where they stand.  It is almost a blessing in disguise that the militia group was discovered in this manner, saving the lives of thousands who could have been killed in F.E.A.R’s race to the top.