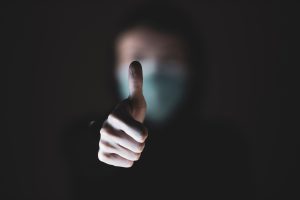 A proposed settlement between Facebook and a class of litigants has the social networking company paying $10 million to charity.  The issue at hand was whether Facebook violated California law by using its users’ names and profile pictures to advertise products without paying them and without giving them any way to opt out.  With its “sponsored stories”, users’ “likes” of products were unwittingly posted across their friends’ news feeds.  Companies would pay way more for these stories than a traditional advertisement, with Mark Zuckerberg saying they were the “Holy Grail of advertising”, akin to a word of mouth personal recommendation.  So, if you clicked “like” on a page about bananas, you’d be shown on your friends’ feeds as “John Doe likes bananas, go buy one here”.  Or, in the case of Nick Bergas, your face would be endorsing a 55-gallon drum of personal lubricant.  His story accentuates the main legal problem at issue here:  what if you don’t care about a product you’re shown endorsing?  Worse, what if you don’t want to be shown endorsing anything at all?

The laws against unwilling endorsement are perhaps strongest in California, where celebrities, who get millions from endorsement contracts, stand to lose the most.  Associating your good name to a product is a big deal, and usually companies have to shell out big bucks to attach the kinds of faces that people will recognize to their product.  The problem companies come across is finding a celebrity that will seem trustworthy to their target markets and how much money they’d be willing to pay for that face.  Facebook gets around both of these problems by using a face that everyone in that target would recognize (namely: every users’ own friends) and a comparatively low price that any company can get behind.  By purporting to be real people giving out real recommendations for products, this feature would win billions of advertisement dollars for Facebook.

And they would have gotten away with it, if only it weren’t for those meddling kids.  Five Facebook users, including the prenominate lube guy, took offense to this whole hawking-crap-products-sans-consent thing.  The lawsuit claimed damages to the litigants for using their likeness on products they may not technically approve of.  Say you like something ironically, or post a 55-gallon drum of lube to your friends as a joke.  In addition to the obvious disregard for consent, Facebook was benefiting from selling its users’ names and faces without passing on any sort of payment to said users.  Should this lawsuit have spread to a larger class, say the one out of every three Americans active on Facebook, the damages could have been enormous.  This Forbes blogger estimates it could have been $75 billion.

Instead, Facebook settled for a $10 million donation to charity, a pittance compared to how much this advertising structure is actually worth.  Further: Facebook is still allowed to propagate these sponsored stories, so long as they inform users of their future ad presence.  Facebook will soon explicitly tell you that you’re going to be in some ads whether you like it or not.  They’ve promised to “engineer additional controls to enable Users to prevent specific actions from appearing in Sponsored Stories”.  However, I doubt that these controls, once completed, will be given a spotlight on your home page any time soon.