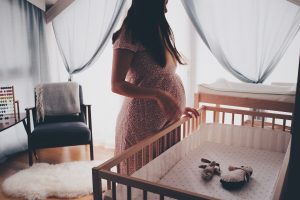 What baffles me about this whole case is why, in the first place and allegedly, the insurance company even bothered to force women back to work before offering, of all things, mortgage insurance.  What do they stand to gain from an early abandonment of postnatal bliss?  Perhaps — and I’m attempting here to co-opt the mindset of an insurance giant driven by revenues and margins and other terms usually filed under “soulless money-grubbing” — perhaps a quicker return to work means a quicker repayment of the loan.  Or maybe it’s less monetary a motivation than simply a form of fealty.  A willingness to repay the loan, to provide a tithe to beef up MGIC’s profit, would show that the women hold mortgage above the very life of a newborn child.  Valuable for an insurance provider whose existence is defined by the mitigation of risk in pursuit of money.

I guess we’ll never know.  The settlement money, although including a penalty to the federal government, is a legal way to stop a case while admitting no wrongdoing.  At the very least, some women can now enjoy both a baby and a mortgage at the same time.