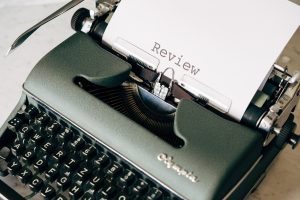 A Vancouver, Washington couple is the subject of a recent lawsuit involving a perceived defamatory Google review. Autumn Knepper and Adam Marsh enlisted the services of a company that had planned to fix a leak in their roof. When they were not provided information that was relevant to the services they were to receive, Knepper and Marsh exercised the opportunity to post a negative, 1-star Google review and warn other potential customers about the quality of service and communication they received. The owner of the company did not take the feedback as constructive, and instead, demanded the review be taken down. When the couple refused, the owner filed a lawsuit.

The poor Google review and subsequent complaint filed with the Better Business Bureau stems from a few conversations between the couple and the company’s receptionist. Initially, when Knepper called to receive an estimated timeframe for the completion of the repair, one of the receptionists for Executive Roof Services allegedly spoke unprofessionally and refused to provide the couple with the requested information. When Knepper asked to speak with the manager, the receptionist laughed and responded that she was the office manager. Before hanging up on Knepper, the Executive Roof Services associate accused the customer of speaking aggressively toward her.

The lawsuit includes claims that Knepper and Marsh intentionally interfered with the operation of the business and left the review to elicit a reaction from the company to provide information that the couple was not entitled to receive. The company is asking for $112,000 in damages, an amount that Knepper and Marsh have admitted they cannot afford. Prior to the filing of the lawsuit, the company owner contacted the couple to threaten that he knew where they lived and would happily sue them if they did not remove their negative Google review. Typically, if a poor review is received, the impacted company may attempt to alleviate the conflict and determine how best the customer may be satisfied. By suing Knepper and Marsh, the company has chosen an alternative route to resolution.